The Anatomy of a Tree 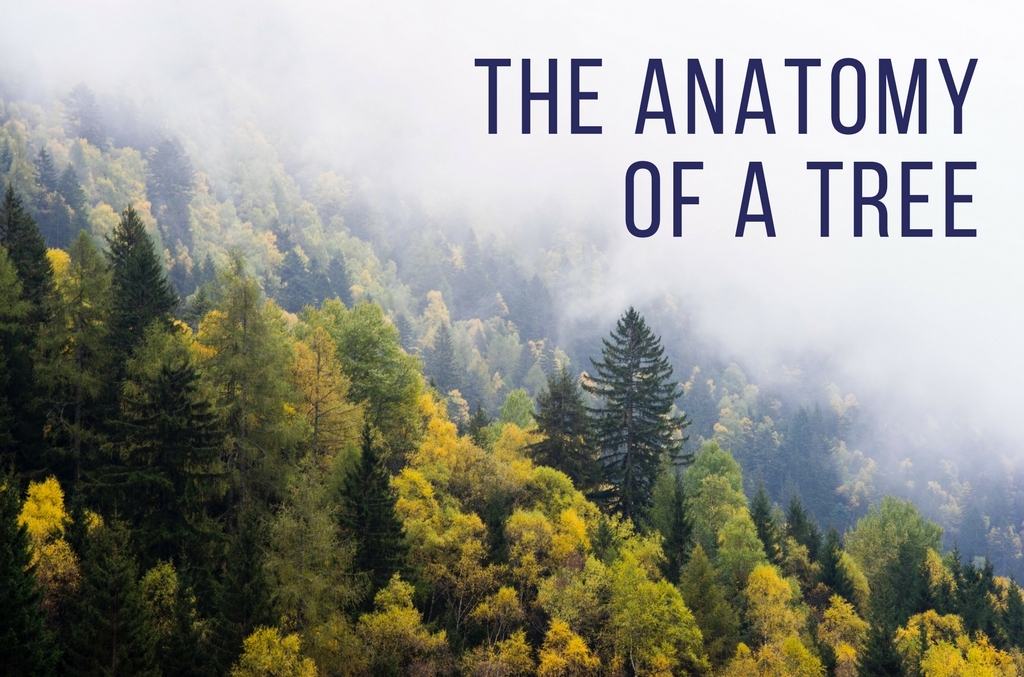 There is more than meets the eye when it comes to trees, they are far more than just bark, branches and leaves. Like humans there is an entire anatomical system within all trees. So whether you’ve always wondered or haven’t ever really thought about it, let us enlighten you on the anatomy of a tree!

Starting from the top down we have…

One of the many elements that makes trees beautiful. They provide us with shade and if you’re lucky enough to live in a proper area, can be bursting with color during this time of the year. The main function of the leaf is to carry out photosynthesis. This means the leaves are responsible for making food for the tree and releasing oxygen into the air. It’s because of this job that determines their shapes. For example, trees with larger leaves are more able to reduce wind resistance, evaporate the water used in food-building and provide “drip tips” to shed the rain that could damage the leaf if it was left standing.

Branches and twigs serve as the transportation system for the tree. For an analogy: if the subway uses underground tunnels to transport people through out New York, think of the branches and twigs as the “tunnels” that transports the materials (the “people”) from leaves to the trunk and vise-versa. Growing out of the trunk they also support leaves, flowers and fruit.

Perhaps this is the most complex part of the tree. The trunk is more than a chunk of wood, in fact there are several layers to a trunk, each with a different function.

When people think of tree roots their minds often wander deep beneath the soil to a weblike image of sprawling roots. This is actually only partly true. While the roots of a tree do often sprawl out two to four times the span of the tree crown, they are really only found within the top three feet of soil. The function of the roots are to absorb water and minerals from the soil for the rest of the tree. They also serve as an anchor for the tree to the ground and store up food reserves for the winter. There are two types of tree roots: large perennial roots and smaller, short-lived feeder roots.

Anglin Brothers Tree Care team is lead by an ISA Board Certified Master Arborist FL-6440B who is Tree Risk Assessment Qualified (TRAQ) and has 20+ years experience in the tree industry. We are only a call away from assisting with your tree service needs.

For Updates Straight to Your Inbox!