The 3 Benefits of Tree Health Care 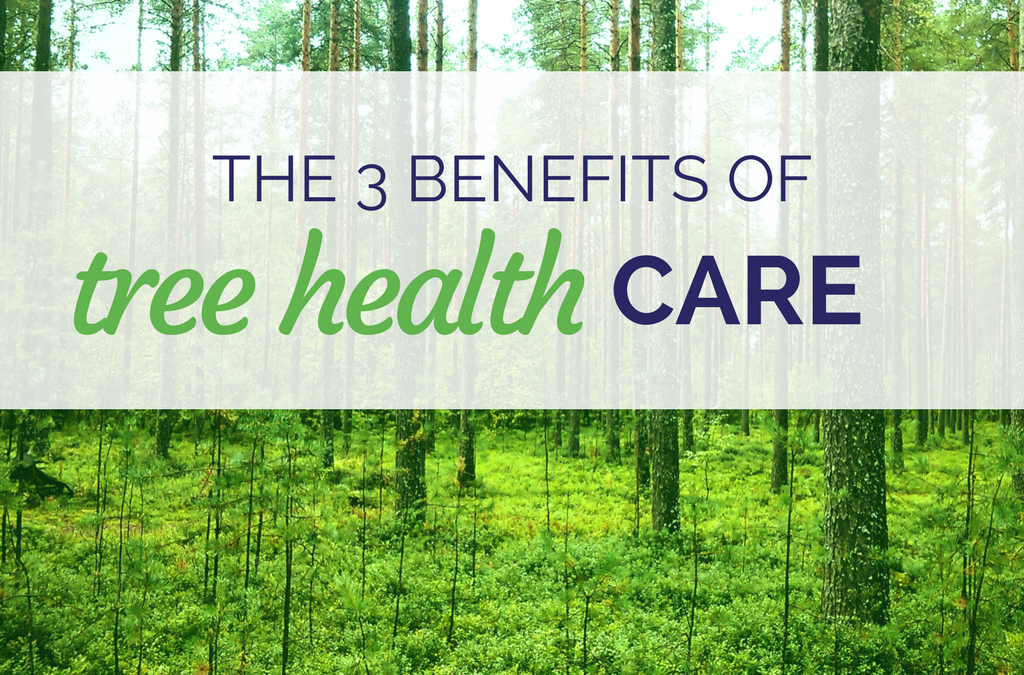 Some may have heard about the emerald ash borer that has begun to wreak havoc on ash trees in Minneapolis and St. Paul, Minn. It’s saddening to see the removal all the ash trees within these two cities. This has to be done in order to keep people safe. If the trees die, they could fall on people or property. What you may be surprised to hear is this isn’t the first time the emerald ash borer has made an unwelcome appearance in the United States.

Back in 2002, blight was found on the ash trees of Canton, Michigan The emerald ash borer made it’s way into our country from it’s original home in Asia and began chewing away on the ash trees. The epidemic spread through out the state and national lines to Ohio, Minnesota, Ontario. Within four years of the infestation, over 100 million ash trees died. This left parks bare and much property damage.

Researchers found the people of those affected areas were also sicker.

How Can Trees Heal Us?

As we all have learned from basic science, trees provide massive amounts of oxygen. If there were no trees on our planet it would be almost impossible to breath. A life with no trees would literally be suffocating.

Trees also naturally filter out a plethora of pollutants. We see great effects of this in urban locations. The Forest Service put a 3.8 billion dollar value on the air pollution annually removed by urban trees.

So we know we can’t breath clean air without trees and that trees pour oxygen into our own lungs, but what if there are other more nuanced ways of healing provided by trees and nature?

The Psychology Behind it All

In 1984 Roger Ulrich conducted an experiment in a suburban Pennsylvania hospital on patients recovering from gall bladder surgery. He made it so some patient’s window overlooked a nice scenic view including trees and other sources of nature. The other patient’s windows faced a brick wall. Those with trees outside their window recovered faster, and requested fewer pain medications, than those with the brick wall view. They even had slightly fewer surgical complications.

Some people say a prayer for healing when they could also just look at trees during the healing process!

Environmental psychologists Stephen and Rachel Kaplan attributed nature’s apparent “healing powers” to something they called “soft fascination”: they theorized that natural scenes are almost effortlessly able to capture people’s attention and put them into a sort of hypnotic state where negative thoughts and emotions are overtaken by a positive sense of well-being.

The 3 Benefits of Tree Health Care and Mental Health

There are 3 major health benefits of trees.

With access to windows that viewed trees (as opposed to brick walls), researchers found something interesting. Across the board, all patients that viewed trees has fewer negative comments from the nurses. When inquired about this, the nurses said that the patients with healthy trees in view were usually in better moods. Investigation proved this to be true.

After reviewing these same patients and comparing them to patients viewing brick walls instead of trimmed trees, researches found that there was another benefit. They found that these patients had required fewer analgesics. That simply means that patients who viewed trees needed fewer pain medications in their recovery.

The last major health benefit of trees was the fact that those in recovery from a major surgery had a quicker recovery time. As a direct result or a peripheral one, they simply got better faster. The evidence was empirical; those who view or walk among trees require less time to get well.

There are many natural healing methods. Some people pray for healing. Others seek healing from different types of herbology. However, natural healing through the health benefits of walking in nature, or even simply looking at trees are evident and often overlooked!

Tree Care IS Our Own Care

With trees helping with our oxygen supply and apparently aiding our mental state as well, it’s obvious that trees are important and necessary part of the earth. With this being said, taking care of our trees is imperative. The death of a tree is almost the equivalent of losing human life, in the sense that we turn to other humans to cure us when we’re sick or stressed.

If a tree dies or is removed, we have removed one who can help us recover and heal.

Trees to have the power to heal us, so lets take care of our trees to ensure our own better health!

Anglin Brothers Tree Care team is lead by an ISA Board Certified Master Arborist FL-6440B who is Tree Risk Assessment Qualified (TRAQ) and has 20+ years experience in the tree industry. We are only a call away from assisting with your tree service needs.

For Updates Straight to Your Inbox!